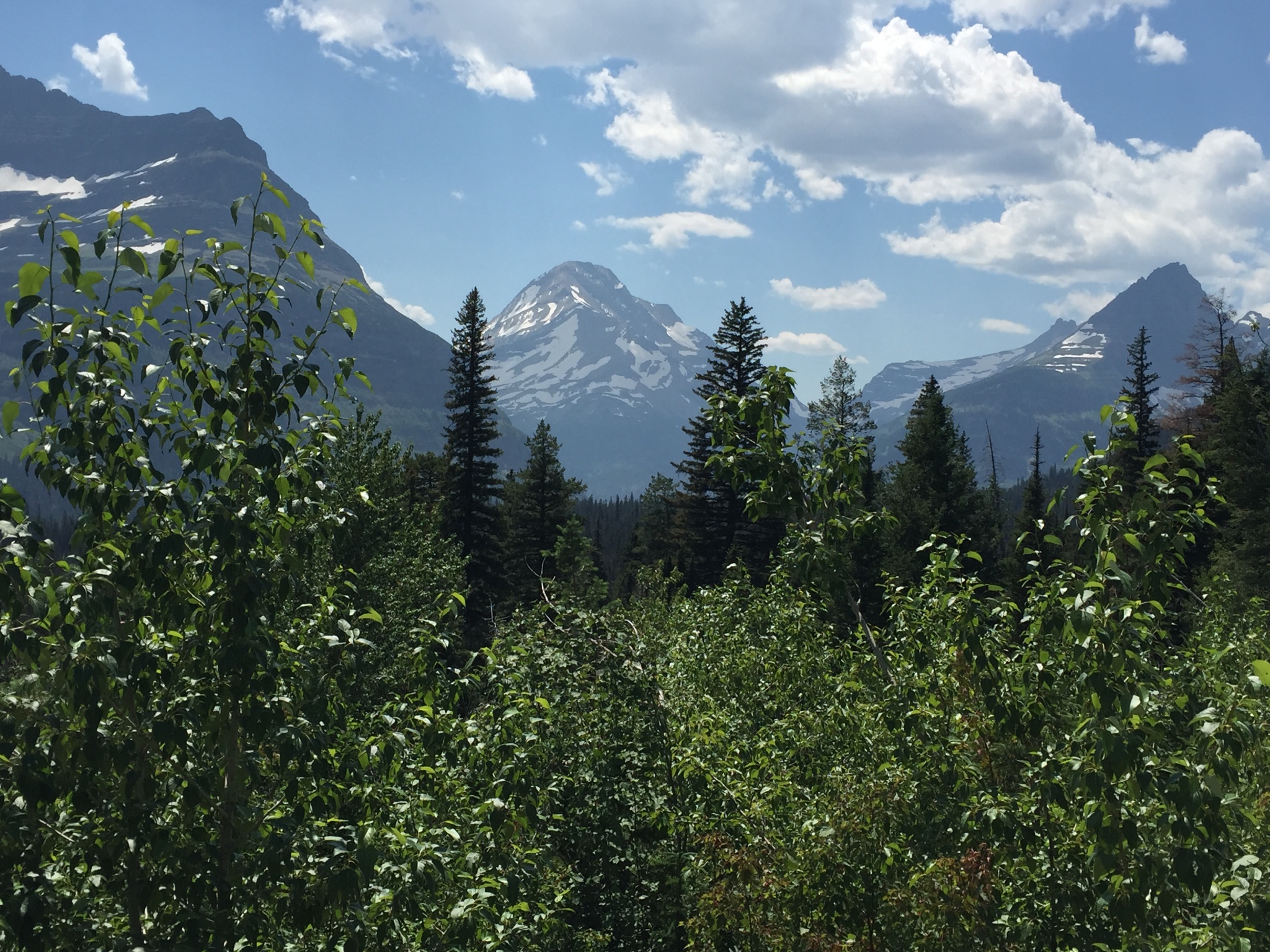 Since Rob and I used most of my PTO (9 of 10 days for the year) for our honeymoon, we decided that we wanted to take advantage of every three day weekend we got off for the rest of 2015. About a week before Fourth of July weekend, we thought about making the 11 hour drive to Glacier National Park for the weekend. We were a little bit worried that we weren’t going to see many, if any, glaciers because of the time of year we were going, and because we wanted to spend more time than just 2 short days there, but after some debate, we decided that this was a perfect time to go. If we didn’t go then, who knows when we would have been able to make the time to go. We would rather spend 2 days in this an amazing place then not go at all – we decided it was time for an adventure!

We left work around 2:00 Thursday afternoon and began our long drive to Montana. The drive was absolutely beautiful! After driving about 9+ hours, around 11pm, we decided to stop short about an hour and a half from Glacier to find a spot to camp for the night. We couldn’t find any campsites nearby as we searched on-line so we began to really pay attention to any signs we saw along the road, hoping we would get lucky and find a decent campsite soon. I said a little prayer and within a few minutes I saw a sign for a reservoir. I thought that finding campsites near a reservoir was a better bet than anything we had seen up to that point, so we turned around and followed signs to the reservoir. Even though it was dark when we arrived, we were pleasantly surprised to find not only campsites, but even a potty right by the reservoir. Huge blessing! We pulled in and set up camp for the night.

The next morning I woke up early and sat outside enjoying the scenery and quiet of the morning by the lake. Rob had been driving most of the way the day before, so I wanted to let him sleep as long as possible, but I finally work Rob up around 9, anxious to get to Glacier! We were both really excited about getting to Glacier and didn’t want to waste any time, especially when we were less than 2 hours away from the park!

It was a nice drive all the way to the park, but when we pulled up to the gate and could see some of the mountains in the distance, that was more than enough confirmation that we had made the right decision to make the long drive! As we drove through the first part of the park, we didn’t say much, both of us of in awe of the beauty all around us. Normally Rob isn’t too keen on being in or taking pictures, but he had no issues with us getting a photo in front of the entrance sign to the park.

Our first day in the park we planned to hike to Grinnell Glacier. About a week before we came to glacier, I was informed that glacier is big time bear country by Rob’s dad. He told us a story about a family who was camping next to his family when he was a kid, and how a bear had come and ripped open their cooler during the night. Hello!  That bear was way too close for comfort for me! I don’t know why I hadn’t realized or researched whether or not Glacier was a big bear territory or how often bears are sited at Glacier National Park, but I hadn’t. I was totally ignorant to that; probably because seeing a bear up close and personal is not on my bucket list and if I kept myself in ignorance then I wouldn’t worry, get super worked up,or psych myself out about it and decide I wasn’t brave enough to go. Well, too late for that. I was terrified. Dad Spangenberg told us to make sure we had bear mace and we would be fine. In my mind that meant that the possibility of us not only seeing a bear was completely real, but a great enough chance that we would be in close proximity to a bear and we would be stupid not to be prepared. Fantastic. Sounded like a dream. I am pretty sure my face went white as a sheet after he finished that story. Bears at a distance, just fine. Bears close enough that I can see their pupils, NO freakin’ thank you!

We had gone down to a local market before we entered the park, to inquire about bells. We stopped one of the employees, a young, mountain-looking kid, wearing a forest green vest, assuming he could help us. When I asked him if they carried bells, he looked at me with a cocky boyish grin, and said “you mean for bears?!” Rob and I nodded our heads in unison in the affirmative. The boy in immediate response, jolted back, almost painfully holding back the laughter, “Hah! We locals use the good ol’ fashioned way!” He paused to look at us, as if to emphasize our stupidity,  and then gently lifted his hands to just above eye  level close to our faces, and demonstrated a slow clap, looking at us with a smirk on his face, studying our ignorant faces as he clapped. So needless to say, his answer was not comforting. We left the market empty handed; me still terrified.

Well now, here we were, standing in front of the trail head to Grinnell Glacier. The hike was about 11 miles in total. There was a sign at the trailhead  and several more signs along the trail for the first mile or so that said the following in BOLD lettering: “Entering Grizzly Country – There is no guarantee of your safety. Bears have injured and killed visitors and may attack without warning and for no apparent reason.” That sure made me feel all warm and fuzzy inside after reading that….not! It took some major coaxing from my sweet, protective/persuasive husband and a promise that he would make noise with me the entire time we were hiking, and I finally jumped on board for the hike; still scared and hesitant, but not wanting to let my fears stop me from experiencing this incredible place that we drove so far to enjoy and appreciate. I can honestly say, I have not been that scared in a long time. Rob and I said a prayer asking for protection and I prayed quietly in my mind throughout the hike as we clapped and yelled every few steps. I kept yelling Suuuuuwee inbetween claps. That was the call I was taught to use when I worked in the desert a few years ago; couldn’t have been a better time to use it than here. I thought maybe other hikers would be annoyed or laugh at us because of all the noise we were making, but many of them were so grateful, they even said thank you as we passed them on the trail; Rob and I couldn’t help but laugh as we watched some of them walk away; their little bells hanging from the bottom of their backpacks, jingling softly as they passed.

The hike was absolutely stunning. The colors were vibrant and the weather was perfect. At one part of the trail, you actually walk through the run off of a waterfall, or you can walk through the waterfall itself. The water was freezing, but refreshing.

We didn’t actually see any bears along the trail, which I was thankful for, but we did see fresh bear poop and a paw print in the mud just a foot or so off of the trail. I think it would be amazing to see a bear at a distance, but dang was I glad we didn’t see one up close. The bears that are common in this territory are black bears and grizzly bears. They say with black bears you fight back (they are smaller than grizzly bears) and with grizzly bears you play dead. I was rehearsing these things in my head before we started hiking, just in case.

The glacier itself was unlike anything I had ever seen before. The water was a vibrant blue with huge chunks of thick ice floating on top. The ice was pretty thick in some spots but not everywhere. We sat down by the edge of the water and ate lunch; taking time to relax and enjoy this gorgeous place that we had worked so hard to get to. I am so glad that we did this hike! I would definitely recommend it to anyone who is venturing out to Glacier National Park and looking for a scenic hike. There is some climbing in elevation, but nothing extremely steep and the path is well marked. It is not a very difficult hike and the views are breath taking all along the trail. We would definitely do this hike again. Great choice for our first hike in Glacier! 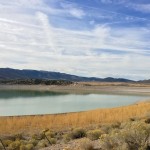 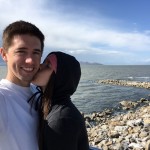