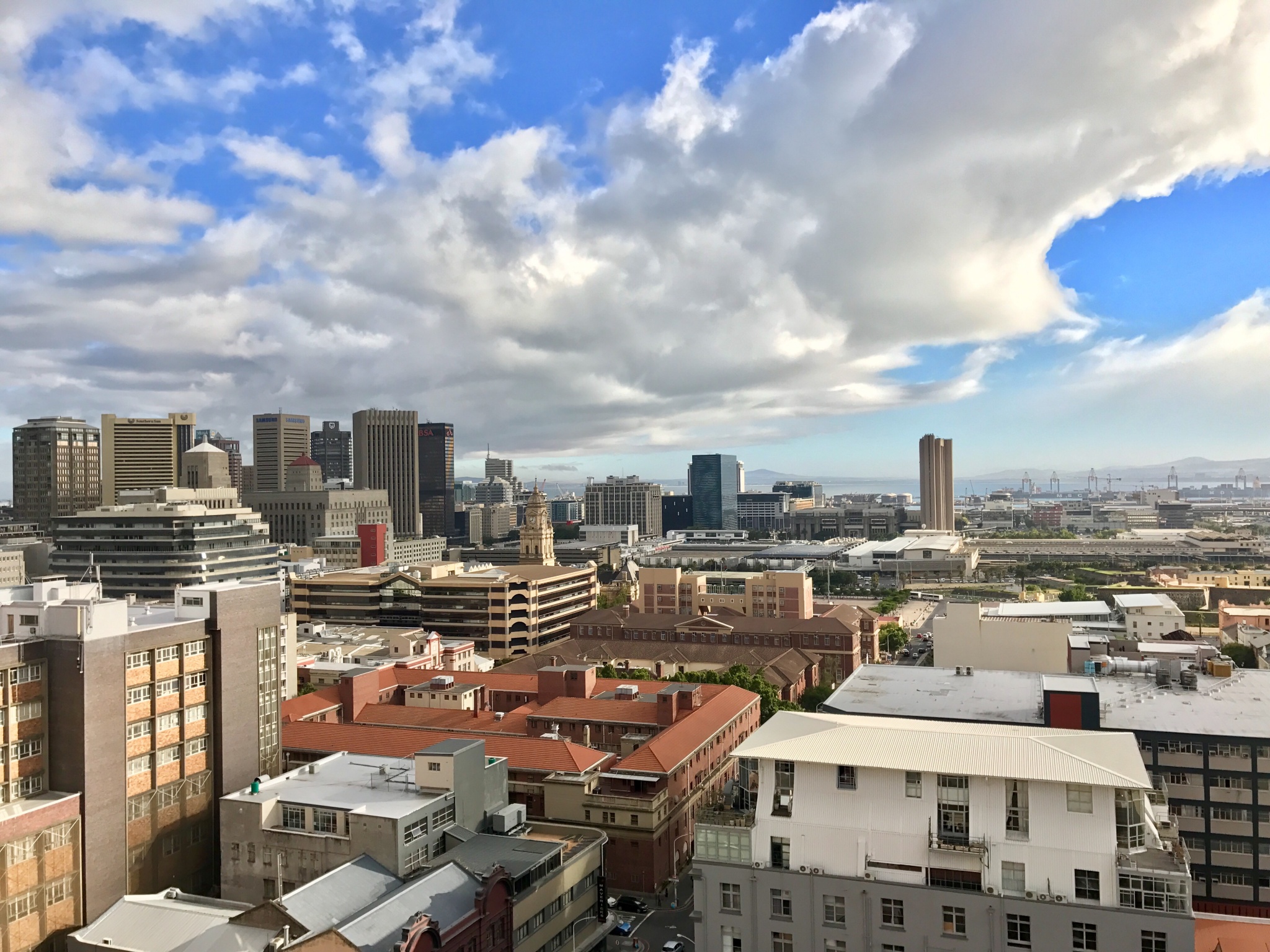 When we arrived in Cape Town Tuesday afternoon, a man from the VACorps (the internship company) picked us up from the airport. It was so strange to step outside and feel the heat of the sunshine, especially after our last stop in Switzerland and having come from the deep winter of Salt Lake. We jumped in the car and quickly learned that in South Africa they drive on the opposite side of the street; driver seat is on the right side of the car. We don’t have a car and won’t be getting one during our stay, but that will take some getting use to even when crossing the street. We are going to be looking both ways and checking twice!

It took about 15 minutes to get to our apartment. Outside the main city, there were areas with clusters of little shacks with tin roofs, which we later learned are called townships. That was very sad to see. I get emotional just thinking about those little families living in such circumstances. As we continued to get into the city, we could see Table Mountain; the beautiful mountain that we had read about and seen so many pictures of before coming to Cape Town. A section of the top of the mountain looks completely flat, like a tabletop. We could also see Lion’s Head. This is another mountain just to the North and slightly West of Table Mountain. They are rugged and beautiful, and helped me to immediately feel more at home having lived in Salt Lake the last 8 years. I cannot express how much I love the mountains! Rob and I sat back and took it all in, still in awe that we had found our way to South Africa!

We unloaded our 7 bags from the trunk… yes, 7 bags!! Did I mention, I think we may have over packed?! :} Our apartment building is called Four Seasons. We booked this apartment for only 2 weeks, so that we could get a realistic feel of the city and areas within the city before committing to 3 months in an apartment. The area that we are staying in is called Zonnebloem, which people refer to as the City Bowl or the City Center. We live on Buitenkant Street and the nearest cross street is Roeland. We are very close to a grocery store, which is in the Garden Centre and is about a 6 minute walk. We are about 4 miles walking distance to the beach. There is a full wall of windows that offers a stunning view of both Table Mountain and Lion Head all day and all night – we love that more than anything about this apartment! There is also a gym and a pool on the rooftop – bonus!

Our apartment is a studio, which is plenty of space for us. We don’t need much. We hauled our bags inside and took the very narrow, tiny elevator to the 9th floor. We got settled in and were so tired we didn’t even venture out to find dinner. We were pooped, but as happy as can be to be here in this awesome city! 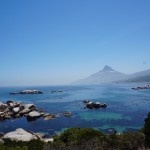