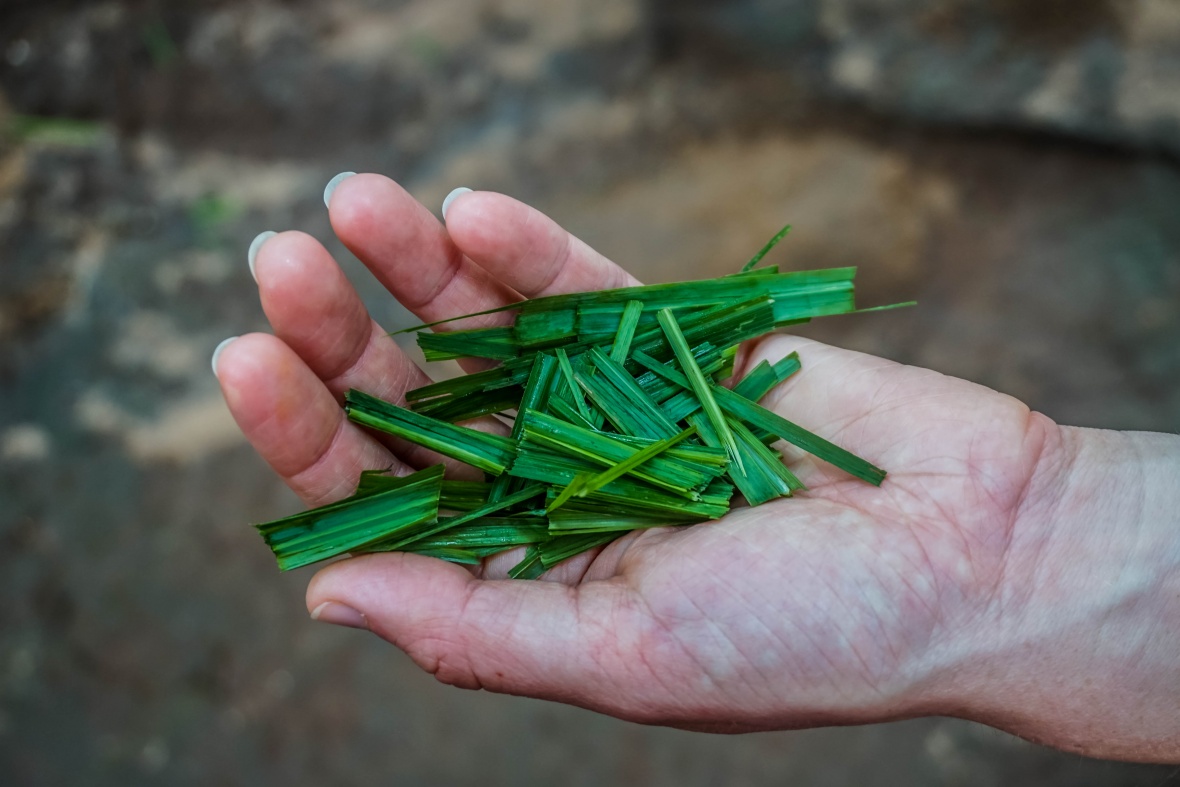 Stone Town is Swahili for “Old Town”, which is the name of the largest building on Zanzibar. The narrow streets reminded me a lot of the medinas in Morocco. The narrow streets lined with tall houses provided some much needed shade, but didn’t help so much with the intense humidity — the African sun is no joke! The old historical buildings were neat to look at, but not many of them are well preserved. The Anglican church is one of the oldest building on the island and is still in operation, and happens to stand on the ground of the last operating slave trade market in Eastern Africa. Walking through the Slave Museum was very difficult for me, and reading stories about how slaves were treated made my soul sick. I can’t believe that human beings could treat other people in such inhumane ways. It hurts my heart to think about. On our flight over to Zanzibar I had begun watching a movie about slavery in America. I had not read up on the movie before I began watching it. It was extremely graphic. Less than halfway through the movie I was sobbing inconsolably. Rob got really concerned and wanted to know what I was crying about. I could barely speak. I couldn’t finish watching the rest of the movie. It was disturbing and broke my heart. I couldn’t handle seeing the things that people went through. I am so grateful for my freedom, and so grateful that slavery was finally abolished in America in 1865 and in Zanzibar in 1897. Although, one of the most disturbing things I learned while we were at the museum was that slavery still exists in many parts of the world today and with or without knowing it, we may be playing a part in supporting it.

“Products made by modern day slaves flow into the global supply chain and eventually into our homes leaving most of us unaware of our contribution in supporting it.” (Slave Museum Zanzibar, Africa)

Food is one of our greatest passions and so you can bet we were on the hunt for yummy Tanzanian foods! Rob found this fantastic restaurant in old Stone Town called Lukmann that we fell immediately in love with! We loved it so much we returned for lunch everyday during our three day stay in Stone Town! The place was extremely busy every time we went there; that’s how you know you’re in the right spot. If you see a line for food, don’t ask questions, get in line! We ate octopus skewers, baked pumpkin, sweet rice balls, schwarmas, avocado smoothies, a fruit bowl with a scoop of pistachio ice cream on top, grilled shrimp, and fried chicken. Everything was delicious and the portions were huge! In the evenings we visited the Forodhani Gardens Market. The market is open every night until who knows when. There are a ton of tables selling similar dishes, each with a different number. As we walked around people at each table walked along side us trying to sell us on their foods. It wasn’t too bad if they only said one or two things to us, but some of them would not give up and kept pestering us trying to persuade us to come buy their food. Quite irritating, and Rob would get especially annoyed. We finally decided to buy from one of the tables purely because they were unique and had given themselves the title of “The Happiness Table.” We thought that was pretty clever. We ate so many different foods; beef kebab with chips doused with a spicy sauce, coconut naan (I have recently become obsessed with coconut and cannot get enough…), beef schwarmas, Zanzibar pizza, and the most fantastic sugary drink made of freshly pressed sugar cane juice mixed with lime and ginger – ooh mama everything was delicious! They know how to do food in Zanzibar!!

We also took a full day trip out to a spice farm. This experience was a highlight for us! We love to cook and learn the process of where foods come from and how they are grown or produced. It was so insightful! We learned so much! All kinds of trees such as teak, mahogany, almond, coconut, and avocado grow on Zanzibar. Teak is not sold raw. It is only sold in furniture to provide work for the local people. I learned that cloves grow on trees – I had no idea and they grow in great ABUNDANCE on Zanzibar! There were rows and rows and rows of clove trees. The trees take 6 years to grow to maturity and begin producing cloves. Three different types of mangos grow here too! Many different types of roots grow in this region of the world. The casava root, which produces a vegetable similar to sweet potatoes, takes 9 months to grow. Some of the other spices and fruits grown on the farm are turmeric, coconut, lemon grass, coffee beans, cacao, hibiscus, ginger root, aloe vera, cinnamon, henna, cardamon, nutmeg, vanilla, and others.  Lemon grass smells amazing! Different types of masala, soap, lotion, oil, and perfumes can be made with this grass. Coffee beans are grown here, but they do not export them. I’m not sure why. Ginger root is good for sea sickness and stomach aches. The guide said it is also good for “managing your wife or husband.” Hah! Turmeric takes 6 months to grow and looks exactly like ginger root, but is an orange color inside. Turmeric is good for improving memory and helps you to sleep. Something that I found mind blowing is that coconut palm trees take 70 YEARS to grow!!! Wowzer! That is such a long time! Every part of the coconut tree is used for something, whether it be for roofing material, furniture, or any number of other uses. Nothing goes to waste. Roughly 200 coconuts grow per tree per harvest. What a dream come true for me with my recently developed coconut obsession! Coconut chicken, toasted coconut, coconut smoothies, coconut sorbet, coconut naan…Gosh I just can’t get enough coconut these days! Cinnamon grows on trees – who knew??! Our guide gave each of us cinnamon leaves and bark to smell before he told us what it was. Goodness it smelled nice. I would have thought cinnamon grew on a plant, not a tree. I was fascinated by this firsthand educational tour.

Henna plants are used to decorate the body.When you see a black henna tattoo, ink has been added to make the henna black. When you see a brown henna tattoo, no color has been added. The brown color is its natural color. Our guide had some pretty bold things to say. In regards to the henna plant he said to the women, “decorate yourself and then your husband will be happy with you.” :} Cacao grows on trees in large pods. We saw a few of the trees. Cardamon is used in sweet and salty dishes. They call it the queen of all spices for that reason. It grows on a small ground plant in little yellow pods. Nutmeg grows in little fruits on a tree. It takes 4 years for the tree to produce fruit. The guide, with a completely serious face said, “it is good for women, give them big sex eyes. Not good for men.” Ha ha! Vanilla grows on a vine. When it is ripe the pod turns black. It was very cool to get up close and see the little vanilla pods hanging from the vine. It was amazing to see all of these spices and fruits that we see in the grocery store all the time growing in real life. Because it is so easy to go to the grocery store and pick up these common household spices, herbs, and fruits, I think we forget that there is a time consuming process involved in their preparation before they make it to the shelves at the grocery store. I have a much deeper appreciation for each of the spices, herbs, and fruits that we saw, smelled, touched, and tasted today than I have ever had before.

One of our guide’s helpers was deaf. I know a little bit of sign language so I was able to communicate with him a little bit. I think he gravitated to me because we could communicate a bit better than he could with the others. He was very sweet. He opened up one of the heart shaped lipstick fruits and pressed his finger into the seeds until they burst open, leaving an orangish colored liquid on his finger. He began rubbing the colorful substance on my forehead, then cheeks, and then my mouth. He quickly moved to my hands and painted my finger nails as well. I was a little bit dumfounded, not sure how to respond. He had no personal space issues whatsoever; that was quite clear. I felt a little uncomfortable, because I was the only person in our group of 8 covered with this orange goo. I put one orange streak down Rob’s forehead down to the tip of his nose so I wasn’t the only painted peacock in the group. It was so humid I figured it would wash off pretty quickly anyway; sure didn’t, and we soon learned that it stained anything it came in contact with. Oh well, all part of the Zanzibar experience! The boy and the other helper made me a bracelet, ring, and frog necklace, and Rob a tie out of palm reeds. I was so impressed with how quickly they whipped them up as we walked. Sheesh – talk about talent!

At the end of the tour we were served a delicious lunch, after we literally gorged ourselves on fresh fruits. I was able to try jackfruit and pomelo for the first time! I really liked the jackfruit. I saved a seed to plant back home. Rob thinks I’m ridiculous… doesn’t bother me any. 🙂 I liked the pomelo when we ate the ripe piece, but the unripe pieces was pretty bitter and sour. Lunch was cooked greens, naan, spiced rice, vegetable soup, and of course more fruit! Our sweat glands were in full swing as we ate our piping hot soup sitting on boiling concrete in the middle of a tropical farm! Everything was really nice, including the company. Among our company was a young couple from Germany, a sweet elderly couple, and an adventurous woman and her son from Iceland. The spice tour was a fantastic experience! 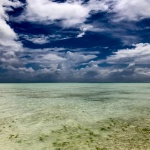 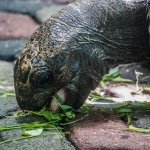