We went to Dubai! I can hardly believe it! Dubai is a place people dream of visiting, at least it was for me! It really didn’t seem real, even as we were en route and receiving regular updates about our arrival time in Dubai. As we flew in, the air looked really dirty and dusty so we couldn’t see much of the city, which was really disappointing. I had hoped to see the world islands and the palm tree islands from the air, but we couldn’t see much of anything below as we came in to land. We thought the dirty air was pollution, but we later learned that it is because of all the sand in the air. I felt a little better knowing that the poor air quality was sand rather than pollution, but flying into one of the wealthiest, most luxurious, talked-about cities in the world covered in a thick dusty sky was a bit disenchanting. Guess you’re bound to get a few days of sandy skies when you create a metropolis in the dessert!

It took us 9 hours to fly from South Africa to Dubai…flying over the entire African continent. Turns out Africa is enormous! As we exited the plane and stepped into the airport, I took heart. The airport was beautiful and going through customs was a breeze. We were practically welcomed with open arms. As we boarded a tram into the city, I was still a little shell shocked that we were actually in Dubai, but eager to see the city! I was all eyes as we began our smooth, air-conditioned journey to our hotel.

Even with the hazy sky, as we moved swiftly through the city, we could see many of the buildings that Dubai is famous for. The two buildings that I was most looking forward to seeing were the Burj Khalifa and the Burj Al Arab (which I affectionately call the sail boat building). The Burj Khalifa was one of the first buildings that I noticed as we approached the heart of the city. The top is like a perfect spindle that pierces the sky. I thought it was neat, but I wasn’t captivated by it from the moment I saw it. It wasn’t until we saw it up close and had a chance to admire its architecture and design that it won my heart. As we continued along, I was focused on looking out the right side of the tram, because that’s where the Burj Khalifa had been; it took me quite a while to notice that the Burj Al Arab was within our view as well! Rob noticed it long before I did, but patiently waited for me to notice it out the left side of the tram. When I noticed it I could feel my whole face light up. I looked at Rob with wide eyes and blurted out, “look!” I felt like the little boy on the Polar Express, seeing the North Pole for the first time! Rob smiled back at me with his deep dimples and nodded his head. I could see how pleased he was with my response. The Burj Al Arab was the building I was most excited to see before we came to Dubai. I’m not sure why. I had just seen so many pictures of it, it was iconic to me. It was Dubai. I let out a deep sigh as I watched the sail boat fade from our view. From that moment on, I knew I was going to be completely worn out every night purely from excitement in this fascinating city. 🙂

The heat also contributed to the exhaustion, but only a little. We chose the hottest month to come to one of the hottest countries on the planet. Ha! Our first day there it was 107 degrees. Thankfully they air condition the crap out of every building, train, restaurant, hotel, bus, and Uber or we might have died. Our bodies didn’t know what to think… one minute we were walking around outside sweating buckets and the next minute we were freezing to death in our hotel room. I got a good sweat on in the gym, and then when I got to our hotel room it was so cold I took a hot shower just to get warm! I blow dried my hair for the first time in 6 months, and fancy that, blow drying my hair in the hottest city I’ve ever been to because I wanted to enjoy the hot air – Crazy. Hot, cold, hot, cold; bodies in a constant state of chaos not knowing what to do, yet I would do it again in a heartbeat! 🙂

Our first evening in Dubai we went out to see the Burj Al Arab from the beach. I could hardly wait to get off of the bus! We got there just in time to see the sunset. Even after the sun went down, the heat didn’t sleep. Within minutes the Burj Al Arab came to life in the darkness with color changing lights! The lights were brilliant. We dipped our feet in the Persian Gulf, thinking maybe it would be a bit refreshing, but alas it was not. It was beautiful, but it felt like warm bath water. Still a little crazy to me that we touched the Persian Gulf. That is a body of water that you learn about in Geography class, but quite possibly never let your mind explore the possibility of seeing it in real life, let alone touching it… and then you do, and it’s a small miracle. 🙂 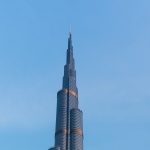 The Burj Khalifa Changed My Life 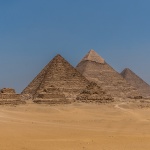